-Appreciate and Experience at Once!-
The 21st Bucheon International Animation Film Festival (hereinafter BIAF2019) provides meaningful enjoyment to the audience with 8 exhibitions from 4 sections including Ani-Master Exhibition, Ani-Fair Exhibition, and Ani-Special Exhibition. Especially, Ani-Master Exhibition is an eye catcher since it will introduce the BIAF2018 Feature Film Grand Prize 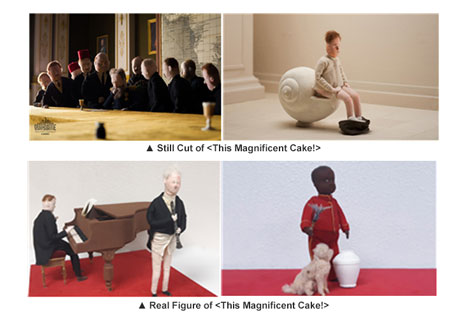 The film was considered the best animation of 2018 and received great attention from all over the world including – Cannes Directors’ Fortnight short film competition, Andre-Martin Award at the Annecy Intermational Animated film Festival, Best Feature Film Grand Prix at the Animafest Zagreb, Feature Grand Prix at the Ottawa Animation Film Festival, and the BIAF2018 Feature Film Grand Prize. The film was also nominated for the 2020 César Award, French equivalent to the Academy Award. It has been praised for being valuable and elegant to be recorded on important pages in the history of animation, and locally, it is considered as a must-see after the BIAF2018 screening.

In addition, with various exhibitions such as ‘Promotion College Hall’, ‘Company Hall’, and ‘VR Experience Hall’ at Ani-Fair Exhibition and ‘International Animator & Cartoonist Invitation Exhibition’ at Ani-Special Exhibition, it will provide meaningful enjoyment to the visitors of BIAF2019.