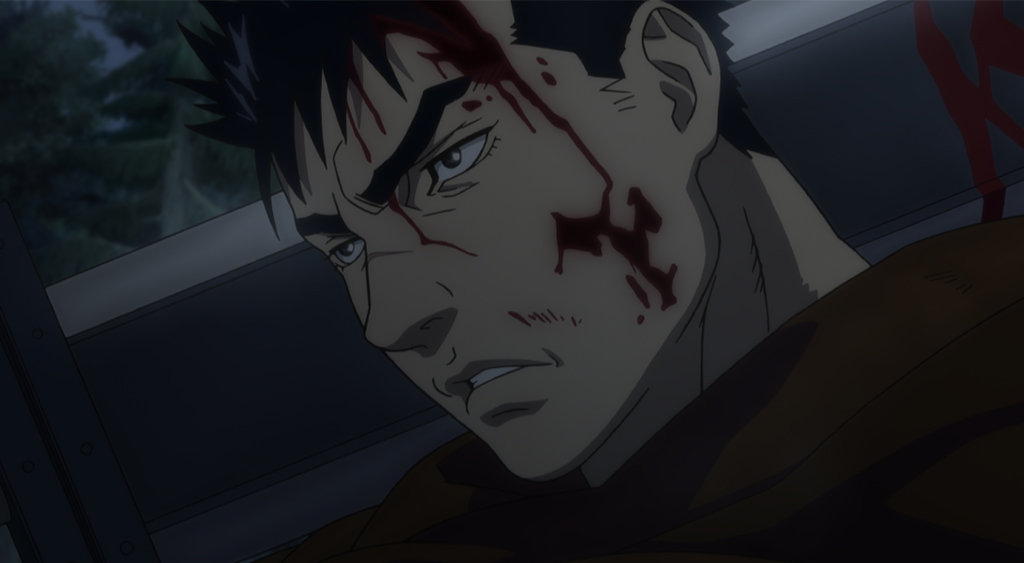 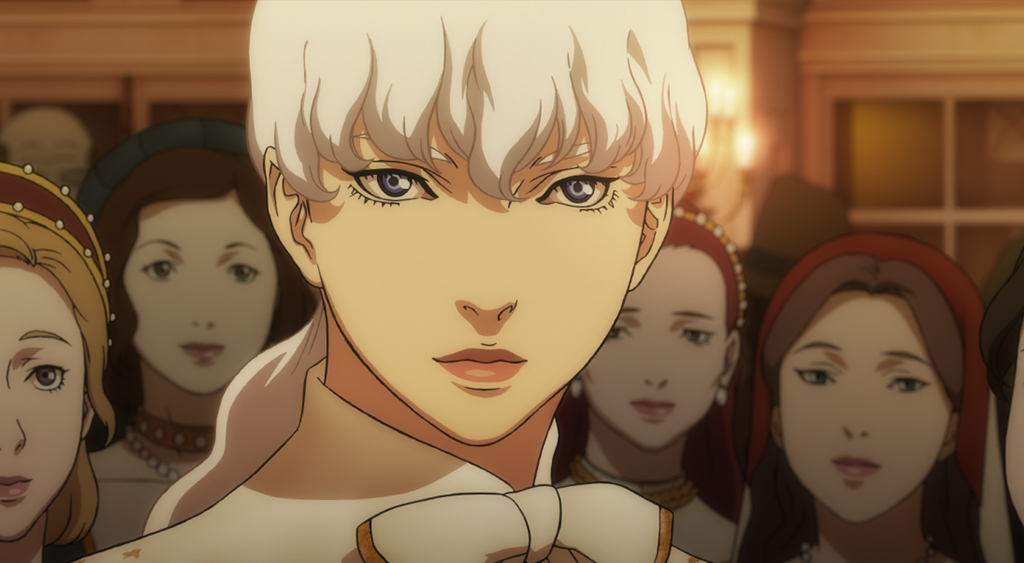 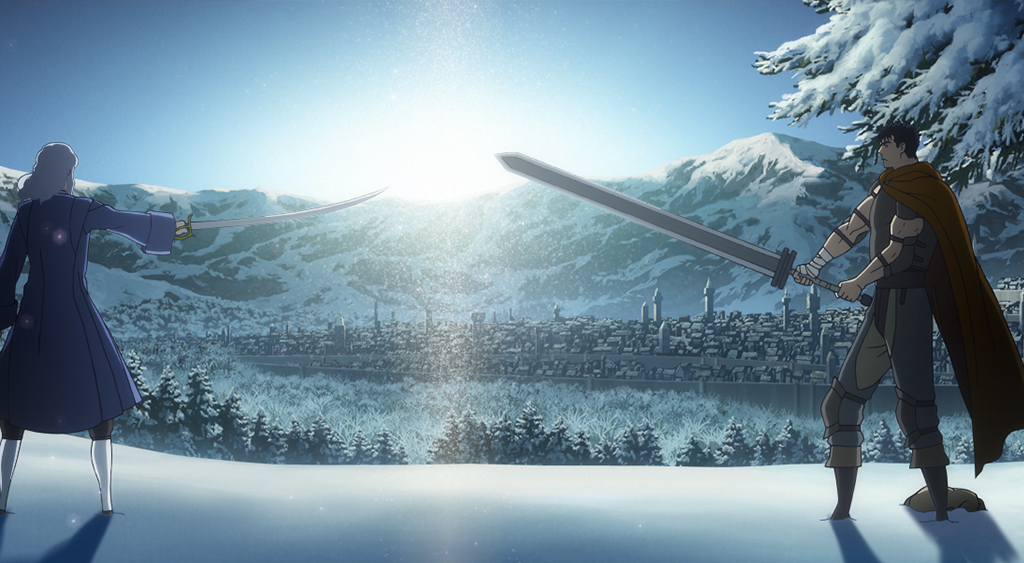 The 'Band of the Hawk' assigned to the regular unit of Midland demonstrates astonishing outcome each time it is on battlefield. Guts and Casker who fell on the cliff during the battle against enemy have some time to talk on Griffith. Casker who truly admires Griffith who saved him in his childhood confessed of his strong jealousy when Griffith treated only Guts as a special being. While, Guts repeats the words that 'A friend must be equal in every aspect' said by Griffith and gets to think again about the relationship between him and Griffith. They are soon to be surrounded by enemies and Guts barely has Casker escaped and stands against about one hundred enemies all by himself. Barely survived and returned, Guts and Casker are placed to take the impenetrable Fortress of Doldrey. Could the Band of the Hawk only with 5,000 soldiers bring down the unbreakable fortress with 30,000 enemy soldiers?